When I was trying to decide what to call my blog I had in mind that at some point in the future I’d have a whole string of blogs that would follow on from Strand On Beauty. I thought about branching out into everything from Strand on Wine to Strand on London and everything in between. What I hadn’t taken into account back then was how busy I’d be with just one blog and I’ve also come to realise that even though my blog is mainly about beauty, there’s nothing to say that I can’t write about a whole host of other things under the Strand On Beauty mantle.

So, when I was invited to a press screening recently, I decided that I didn’t need to be a film blogger with a new blog called Strand On Film (although I do like how it sounds!) I could just post about my experience and write the review as a post right here. 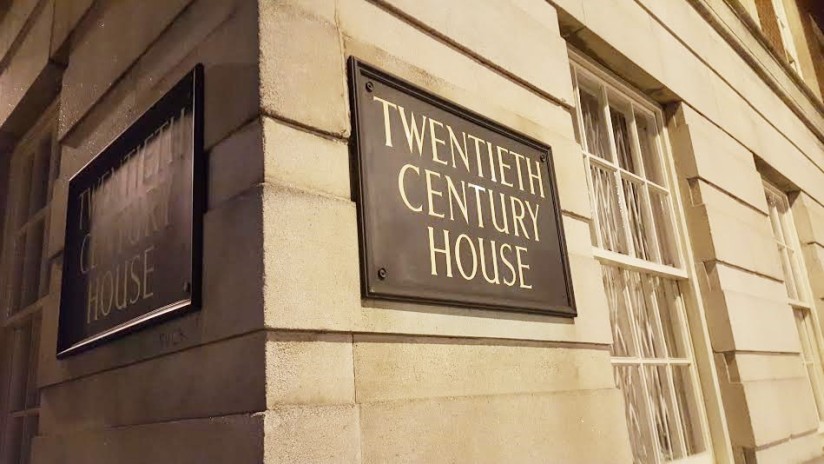 Now that’s an awfully long way of getting round to telling you about the film I went to see at Twentieth Century House. I was a little excited to be invited. It wasn’t a red carpet event just a press screening but I was interested to see how things worked and it felt a bit like the first time I went to a beauty blogger event – just that little bit daunting as I didn’t know what to expect. I had in mind though that someone from PR would welcome us, give us a glass of Prosecco and some nibbles and that while we were waiting for the screening to start the press and bloggers would chat to others in their network.

I was so wrong! I was checked off on a list by security in the lobby and directed to one of the screening rooms where a cheery cahp ticked me off another list, gave me a press release and then………….well that was the hospitality over. No  prosecco, no popcorn, no even a glass of water.

Entering the screening room nearly all the press/critics were men. Each was seated alone and no-one spoke to each other. Who knew?

Still I was there to review the movie and here goes for my first ever movie review!

Fate, the financial crisis and a stubborn refusal to accept the injustices of old age have forced law-abiding, retired couple Arthur and Martha Goode into a life of crime. Refusing to take the loss of their pensions lying down they decide to fight back and take back what’s rightfully theirs. The plan is simple: hit a series of banks, steal back their pensions along with those of their similarly stricken friends, with enough left on top to save their beloved social club from being turned into a supermarket. But as their raids get riskier, the police get closer and the chances of our brave outlaws being caught gets ever higher.

With a subtitle of Banks Bowls and Bingo, I wasn’t really sure what to expect. Whilst the cast are all familiar from both large and small screens I wasn’t convinced that the story would have a very broad audience and that with an ageing cast it might only be suitable for an elderly audience. And whilst I’m hurtling rapidly towards pension age myself I wasn’t sure that I saw myself belonging to the target audience.Still it’s fair to say that there are some poignant and stark messages for us on the effects of the the financial crash and government cuts on the elderly.

There were some really believable performances from some of the cast particularly Virginia McKenna and Bernard Hill who really worked as a couple but some of the characters became characteurs with Simon Callow and Mark Williams performances making some of the scenes Benidorm-esque.

There were some tender and funny moments but remember thinking to myself as I watched the movie that, had I been at home, I wouldn’t have been engaged enough to watch it through to the end. I think that in its attempts to be both social commentary and a comedy it just missed the mark on both counts.

GOLDEN YEARS is in cinemas from 29 April

Published by Strand On Beauty

Beauty Blogger since January 2014. Love London. View all posts by Strand On Beauty

This site uses Akismet to reduce spam. Learn how your comment data is processed.